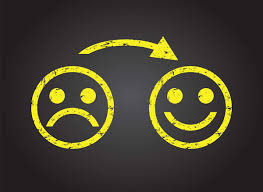 Negative PR includes harmful published information which can damage a company’s reputation. This information can be bad online press about a business, or negative reviews on its products and services.  A business can try to counter the effects of negative publicity by showing itself in a good light. Steps should be taken to reduce the negative information about businesses.

The initial steps of turning negative publicity to PR opportunities should aim at reducing negative publicity. The response to negative information should be quick so that it can stop negative publicity from getting worse. Bad reviews should be followed by press releases or posts on social media platforms. For instance, a customer tweeted about loud music while dining at the Mexican fast-food chain, Boloco. The business saw the tweet right away, and instructed the staff at the restaurant to lower the volume of the music. They did not stop there, however. They had an idea of what the woman looked like from her Twitter avatar. So  the staff found her and gave her a cookie. They also went to the extent of retweeting her tweet, and commented the word ‘done’ on it. The customer was very impressed. Given below are steps that can be taken to neutralize negative publicity and turn them into opportunities.

Yet another way to turn negative publicity into a PR opportunity is to refer to previous positive reviews about the company. Articles that deal with positive news about the business, press releases, or rave reviews can be used to lessen the effect of negative information. It is not possible to please everyone. A business can only try its best. For instance, Amway was accused of being a pyramid scheme. The company put out an article about how that was wrong information. The tone of the article was unruffled, and it  explained that Amway Is a direct selling organization.

Humor acts as a strong buffer against disappointments and bad news. Negative publicity is no exception. Humor can generate a positive buzz about a business and keep things vibrant. For instance, Marina Shifrin was a former employee of a Taiwan-based animation studio, Next Media Animation. Marina became famous because of a video which showed her quitting her job, which she expressed through a dance, while stating all the grievances she had about her work. The video had 19 million views on YouTube. In response to this, the organization Next Media came up with something quirky. They imitated her video. In the video, company employees danced around and demonstrated the facets of their company’s culture. This video went viral too, and received five million views, portraying the organization as humorous.