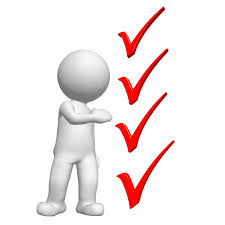 Most companies these days understand the importance of investing in public relations efforts, especially how effective PR can be at helping companies reach their target audience and developing a more trusting relationship with the customers. There have been a few companies in the past that have managed to take their public relations efforts to new levels and grab the attention of millions of people, while also generating plenty of media coverage at the same time.

On the morning of the 2017 International Women’s Day, people in New York woke up to find a brand new 4-foot-high statue of a small girl right across the statue of the Charging Bull on Wall Street. The statue of the girl standing tall with her hands on her hips wore high-top Converse and a dress. The statue is called Fearless Girl and was commissioned by the State Street Global Advisors, an investment management firm, as part of the firm’s campaign to put more pressure on companies to add more female representation on their boards.

One of the best nature series of all time called Blue Planet II managed to attract over 14 million viewers with the first episode and earned the title of the highest-rated TV show in the UK in 2017. Despite the fact that when most people watch the show they can almost find themselves inside the habitat that was filmed, BBC Earth actually wanted to take things to another level for the biggest fans of the show. That’s why the company offered the biggest fans a chance to experience what it would be like for them to be researchers and filmmakers for the show for themselves. To do that, the company teamed up with Airbnb to create a contest for members of the booking platform. For the contest, there would be two lucky winners that got a chance to spend three days in the Bahamas to research and spend time on an exploration vessel that was used for the filming of the show. During the expedition, the winners lived with the researchers on the vessel and discussed their work while also diving deep into the Atlantic Ocean in a submarine alongside the filmmakers. This was an opportunity for the winners to see some of the most unique underwater wildlife on the planet. By providing this incredible opportunity to the biggest fans of the show, BBC Earth managed to get even more viewers for Blue Planet II, while the booking platform Airbnb managed to build up its brand affinity with its customers. 

Once April Fools’ Day is over, most publications tend to round up all of the best stunts and pranks that were presented during the day. However, a few years ago, one of the best pranks managed to earn the highest spot in every single major round-up, and that prank came from the tech brand Logitech. The company decided to create a fake business speak detection video for a new fake product. By getting to name the product a funny but accurate name, the company managed to create a video that made fun of the obsession in the business world to use and even overuse specific buzzwords. However, the company managed to make this fake product demo video look like a real product overview, which made the entire campaign even funnier for the customers.

Most people these days are familiar with the fact that Elon Musk is looking to send people to Mars. That’s why when SpaceX, Musk’s company launched the rocket Falcon Heavy into space, the company managed to generate a lot of headlines. However, a while later, the rocket actually shot a red Tesla roadster into orbit, which was blasting the 1971 hit from David Bowie,  Life on Mars, and Musk got the title of making the best automotive public relations stunt ever. Now, the car is floating between Mars and our planet and it’s going to continue to do so for millions of years, serving as a reminder for both current and future generations to always aim for the stars. The success of both of those launches from SpaceX, alongside Tesla, managed to improve the reputation of both companies.

The post Learning from Success in Public Relations appeared first on PR News .