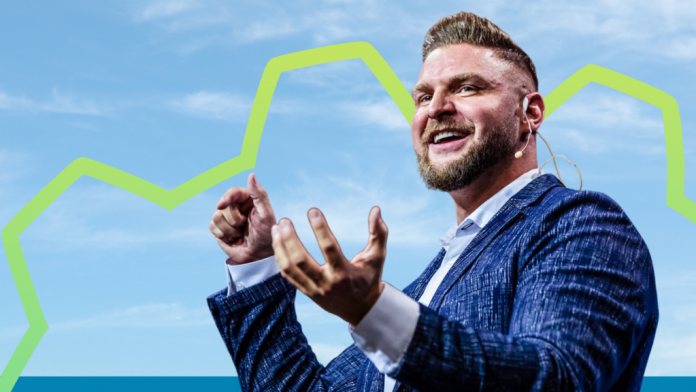 What makes an influencer, speaker, mentor, or leader successful? What’s different about them?

Is it the mysterious “X-FACTOR??”

Our friend, financial expert, master influencer, teacher, breakthrough mentor, and fellow digital marketer – Kris Krohn- is definitely qualified to speak on the subject and weighed in on the topic to discuss his philosophy on how to develop the X-factor and what that really means.

Kris shared that having the X factor comes down to the skills you become proficient in. The ability to possess what some call “the X-factor” occurs when skills develop and build layer upon layer.

Malcolm Gladwell said, “It takes 10,000 hours of deliberate practice to become an expert.”

It’s not by luck that you become successful. Typically you’re not just “born with it.” Everyone’s ability to become an expert depends on the hours of mastery they put into it.

In Kris’s case, he first became an expert in sales. He started as an entry-level telemarketer working on commission and developed the skills to sell. He moved his way up in the company and became more valuable. That was the foundation for his next big move.

He then began buying real estate. However, at first, he didn’t have the money to get started, so he sold the idea of investing to others who financed the deals. His ability to sell propelled him into this next phase of building his real estate portfolio to hundreds of homes (and now thousands).

Once he had mastered sales and real estate, he knew he wanted to get his time back. He began developing his skills in business and learned how to delegate and hire out the work. Now Kris invests in hundreds of companies because his level of knowledge is so extensive. He often partners with businesses to help them grow and scale.

Once Kris had become an expert in sales, real estate, and business it was time to develop his ability for speaking. It was a rocky start. He was scared and nervous and didn’t know how to pull it off. Eventually, after some practice, mistakes, and getting back up again, he was up to 3-4 presentations a week. He religiously presented that frequently for years.

He’s now done over 1,000 presentations and is an incredible speaker, teacher, and breakthrough mentor.

Now that he was an expert in sales, real estate, business, and speaking, it was time to take his skills to the world by leveraging social media.

Kris learned how to spend 3 hours a week creating content to produce millions of organic views around the world. He now has millions of followers across his social media platforms and doesn’t plan to slow things down any time soon.

Kris’s next target was marketing, funnels, and monetizing his following. He learned as much as he could, implemented, and found great success as he grew his marketing company to 9-figures. While Kris continues to progress, he helps other businesses and influencers share their message to the world and monetize their courses, products, and various offers.

Kris admits that developing the X-factor takes time and dedication. He currently has a list of 17 skills he feels he has developed to the level of proficiency, some of those being physical fitness, optimal health, a dedicated, selfless marriage, a loving father and provider (and the list goes on!) Kris plans to work his way to proficiency in 100 areas of life.

What can we learn from the example Kris Krohn has set?

Having the X-factor doesn’t happen overnight – BUT, that doesn’t mean you can’t have HUGE success before you become your superhuman self.

Kris works every day to get just a little bit better at a certain skill until eventually he’s mastered it. He aims to win every single day.

It’s about taking step after step until you’re at the top of the mountain (and then finding another mountain to climb).

What’s the playbook for how you stand on the shoulder of giants?

Every day ask yourself, “what am I mastering?” And, “what are the benefits of it?”

If you can laser focus on what you’re trying to master, you’ll conquer it that much faster.

Kris shared that recently he closed on a massive business deal with a solar company because in 2 hours he was able to map out a plan for them to double their business in 3 months.

At that moment he thought, “how did I get here?”

It was through the mastery of many skills that he was able to spend only 2 hours of his life and make more money than most people earn in years.

So the question we should all ask ourselves is, “what X-factor/skill do I want to develop that will turn me into a superhuman?”

That’s for everyone to decide for themselves!

The post THE X FACTOR – Do You Have It? appeared first on DigitalMarketer.