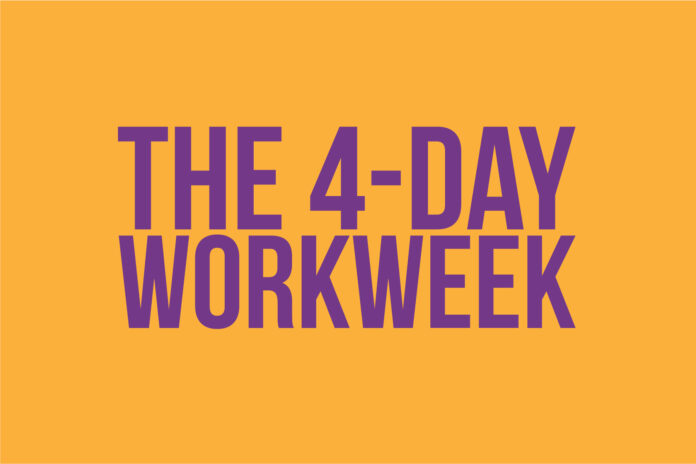 The pandemic has brought about a lot of change to the world of work. “Flexibility’ has become a keyword in the discussion centered around four-day workweek. Governments and businesses are talking about how people work and not only where they work. The benefits of a four-day workweek would be more well-being and better work-life balance, but not at the cost of productivity.

For some, it is difficult to get past the idea that five days is the right number to work. A workday may be cut off from the calendar, but the workload, in most cases, remains the same. This would mean longer hours and workers with a tighter schedule. Some countries have successfully executed the reduced number of working days. Iceland’s trial was extremely successful. Any new decision will involve unexpected consequences. The fact that there are struggles cannot be ignored.The same workload squeezed into fewer hours would mean frantic days which would leave workers exhausted. It also results in less time for office sociability. There would also be little time left for professional development. Microsoft Japan, on the other hand, saw 40% gains in productivity.

Positives reign over the negatives

Dozens of companies across the US have reported happy workers, who, if nothing else, are happy about cutting down on unnecessary meetings. They are also happy about spending quality time with their children or investing time in hobbies and exercise. In the US 38 companies have implemented the four-day workweek. Most companies are targeting 32 hours per week as working hours. An overwhelming workload leads to burnout. In its 2019 International Classification of Diseases, WHO categorized burnout as an occupational phenomenon that resulted from workplace stress. If burnout is not successfully managed, it can lead to workers associating their job with cynicism. For reasons such as these, a four-day workweek could prove to be a solution. For forward-thinking organizations, this would help to improve working conditions for their staff. It has to be kept in mind that implementing such a model would also require the right technology.

Bolt, a tech firm based in San Francisco, was able to report significant success after the 32-hour weeks. Employees were given time off on Fridays which helped them to tackle any personal tasks needed. Most employees were happy with the four-day weekends and wanted the program to continue. A considerable number of team members displayed improved time management. Elephant Ventures, a software company in New York City, ran a two-month trial of the model in August 2021 Initially, it took the employees some time to get used to the model, but they increasingly got excited about the three-day weekend. They had more time for personal commitments. The company has now moved to a permanent four-day workweek schedule.

With reduced workweeks, employees need not commute as much. This has a significant impact on the environment. Large office buildings are in use for only four days a week, which means reduced carbon emissions. Businesses would also save on energy costs.