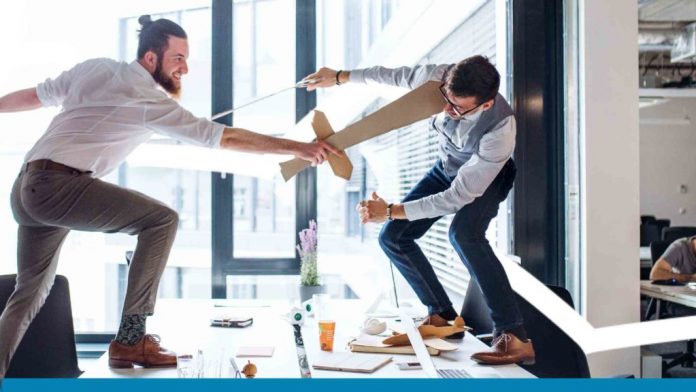 So you want to advertise, but you’re not sure which of these two mega social media platforms is “best” for your business.

Well, to be honest, no matter how much your budget is… who your audience is… or what you’re offering…

The answer is BOTH… and IT DEPENDS.

This article will explain why as well as give you the 4 biggest differences when creating your ad on both platforms.

Now in case you didn’t know, Facebook & Instagram are owned by the same parent company, which now goes by the name Meta.

As a marketer, this is great because it makes advertising on both platforms super easy. Meaning, if you want to run both a Facebook ad and Instagram ad, you can get your ad on both platforms with just a few extra clicks (see below)… and possibly some minor tweaks to what your ad says and looks like (more on that in a moment).

Let’s get clear on why “BOTH” is the answer…

Whether you’re new to social media advertising or you’ve been advertising for a while, it’s in your budget’s best interest to TEST any new offer or messaging on both platforms.

When you test both, every time you launch a different campaign, you will see that the results you get per platform will vary and are affected by many different factors:

That list could go on and on. And “the algorithm” is a tricky thing that can’t exactly be mastered because of it’s unknown and uncontrollable factors.

You see, if one platform was better than the other, everyone would be using that one!

And if you’ve heard that “your audience” may be on one over the other… you need to throw that thought out the window.

According to statista.com, “Facebook has roughly 2.93 billion monthly active users as of the first quarter of 2022” and “is the most used online social network worldwide”.

Instagram, on the other hand, has roughly 1 billion monthly active users.

BUT… no matter who your audience is, your targeting options are selected in Ads Manager the same EXACT way for both platforms… using the same EXACT data.

It could be true that MORE of your audience is active on one of the platforms, but they’re definitely on both and that should not be your big deciding factor on where to put your ads… especially if you have a smaller ad budget.

What a smart marketer will do is test their ad on both Facebook and Instagram, review the results, and if one platform strongly outperforms the other, then you can move all or more of your ad spend over to that one.

In other words, using that data you collect is why the answer is also IT DEPENDS. So…

STEP 2: DEPENDING on the results, decide on continuing with one or both

But here’s where things get a little more complicated.

Facebook ads and Instagram ads have several “placement” options! You saw about half in the gif above, but there’s really about 2 dozen of them.

EXPERT TIP: If you’re just getting started, just focus on mobile Feeds & Stories. After you start seeing results you like, then you can test other ad placements.

Now there are definitely more than this, but the biggest Key Differences to be aware of when running a Facebook ad Vs Instagram are:

Meta is always changing the rules on how long a video ad can be per platform and placement. The company does recommend running shorter videos, under 30 seconds. HOWEVER, take that recommendation with a grain of salt. Longer videos can still do very well IF they have a good HOOK (first few seconds that draws in your viewer), and is also helpful, entertaining, or both. That being said, I recommend going shorter when possible & keeping it under 2 min so you can run your video on both platforms without any issues.

Again, this isn’t just a difference per platform. It depends on your ad placement. You can easily look up all the recommended aspects per placement (also shown while you’re creating your ad). But if you don’t want to bother with different dimensions for different placements, the most universal and best optimized ratio for your content is going to be either a 1:1 or 4:5 ratio with a

The written portion of your ad has limits on Instagram – with the maximum being 2200 characters and the “recommended” max being only 125 characters. You may hear that having shorter ad copy a.k.a. shorter text in your ads is better. On Instagram, I’d agree shorter is usually the way to go, but again… that’s not always true or necessarily often true. Don’t be afraid to hit that maximum if you’re a killer copywriter. Based on millions of dollars of data that I’ve seen, short and long text can perform equally as good, especially on Facebook. The biggest factor in how your text performs is how compelling and well-structured the writing actually is.

EXPERT TIP: Add an extra space between sentences. Use bullet points to make it look less overwhelming. Make it sound conversational (like you’re talking to a friend).

It is important to note that Stories and Reels are quite different from News Feed ads and can be run without any post text at all.

If we wanted to dive into all the differences between all ad placements, this article would be at least 5x as long… and would probably just confuse the heck out of you.

So for now, I hope this helped you understand the key differences, the importance of testing your ads on different placements, and not limiting yourself to just Facebook or just Instagram ads!