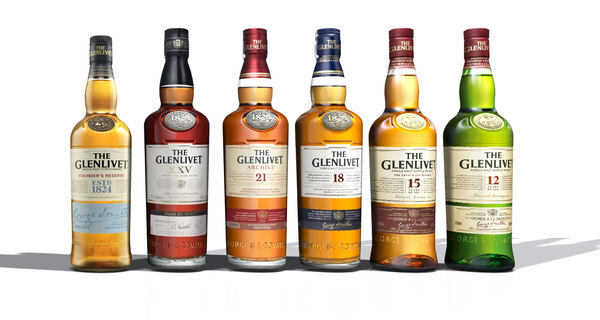 Quite a few brands are committed to representing real people in their ads and within their organizations. They embrace diversity in their content and their marketing campaigns. The youngest generations often question whether a brand supports diversity both publicly and behind the camera. If brands want to make a meaningful connection with future customers, they have to reflect a range of experiences and backgrounds within their messaging. Customers are also more loyal to brands that take a stand while addressing social inequalities.

Many voices have been typically sidelined from conversations around whisky. This is changing. Women and younger people are enjoying whiskey and learning about its craft. Glenlivet, a scotch whisky, has started a new campaign called #BreakTheStereotype which aims to change the Google algorithm so that it reflects a variety of whisky aficionados. It is a misconception that women and youngsters do not enjoy whiskey. This campaign challenges the preconception that middle-aged white males drink whisky. The campaign will show the pioneering heritage of Glenlivet and demonstrate that it will not be restricted by preconceptions.

As part of the campaign, the brand will infiltrate search engine algorithms and ‘plant’ images to usher in change. Whenever users will search for ‘whisky drinker’ using the Google Images search function, they will come across images that depict the vast diversity of whisky drinkers. The images were photographed by Ugandan British photographer Danny Kasirye and Chicanx artist David Galindo. The brand has also set up a pop-up bar in London from 13 – 19 June where guests will be asked to take a picture of themselves with a cocktail. Guests who will post photos using the hashtag #BreakTheStereotype will enjoy a free drink.

Those pictures would also be planted on the algorithm and will demonstrate ‘the modern face of whisky’. If people purchase cocktails from the menu beyond the free drink, a portion of the proceeds will be donated to Equal Measures. This campaign will also elevate the brand’s profile among millennials. The scotch whisky featured in the images is also not being drunk neat out of conventional Glencairn glasses. The whisky is being drunk in different ways, which would include being used in cocktails. The number of women whisky drinkers has increased noticeably and this has distillers including women in their campaigns. This campaign seeks to elevate the awareness of the brand.

To promote diversity in whisky, The Glenlivet has collaborated with Equal Measures. Equal Measures is an organization founded by Deano Moncrieffe, which aims to provide underrepresented minorities with opportunities to build their career with the required degrees and challenge the biases which characterize the hiring practices in the hospitality sector. The Glenlivet will support Equal Measures with its Education and Mentorship Scheme, by supporting 30 participants. The participants will have access to one-on-one mentorships, qualifications, and opportunities that will help them to challenge biases.